One of the most commonly charged DWI-related offenses in Virginia is Refusal of Tests under Virginia Code section 18.2-268.3. This is perhaps one of the least understood charges in Virginia, and the first time most people learn about the refusal charge is when they are arrested for DWI.

To start with, just by driving a motor vehicle in Virginia, you are legally agreeing to obey the rules of the road, even if you don’t know what all those rules are! The DWI laws in Virginia are pretty complicated, and an understanding of them is important to ensure you are obeying the law. One question that comes up frequently within the context of a DWI arrest is whether or not a driver has the right to refuse to take a breathalyzer if offered by law enforcement. While this is actually a complicated legal question that depends on numerous complicated factors, this article will give you a basic understanding of what the law in Virginia says about REFUSAL.

Over the past fifty years, DWI laws have become more and more strict. Organizations such as Mothers Against Drunk Driving (MADD) and other groups have very effectively lobbied state governments to increase punishments for DWI and DUI. One difficulty for law enforcement was what to do with people who simply refused to take any field sobriety tests or blow into a breathalyzer after they were arrested. Even if a person was swerving all over the highway or had difficulty standing up when they got out of their car, it is difficult to prove beyond a reasonable doubt that these issues were caused by alcohol. After all, perhaps they swerved to avoid potholes in the road, or maybe they have bad balance. Many drivers were found “not guilty” because even though a judge or jury suspected that a person was driving while intoxicated, they just could not prove it.

Because of these problems, state governments invented the refusal laws to essentially make it an offense to refuse to take a breathalyzer under certain circumstances. Of course, most people don’t know how this law works, but that problem is partially solved by a requirement that police officers explain the refusal law and how it works after they arrest someone for DUI/DWI. In reality though, most people stopped for DUI never really understand how the refusal laws work. 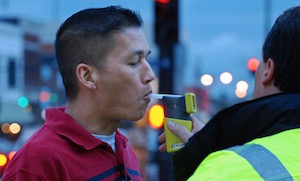 If a police officer suspects that a driver is intoxicated, the officer will usually ask the driver to conduct a series of sobriety tests. These usually involve a series of so-called field sobriety tests (or “FSTs”) and a breathalyzer test called a preliminary breath test (or “PBT”). A more complete description of the field sobriety tests can be found in our separate article on the subject, but for now the important point is that both the FSTs and PBT are completely voluntary. These tests are used by law enforcement to determine if you are driving under the influence (DUI), but you are not required by law to take them.

The use of a preliminary breath test is described in Virginia Code Section 18.2-267. This law says that anyone stopped by police under suspicion of DUI has the right to have their breath analyzed for alcohol, as well as the right to refuse to have their breath analyzed. The law even goes so far as to say that a refusal of this preliminary roadside test may not be used in court as evidence of DUI. So, why do officer’s even use this test during a DUI/DWI stop? Basically, they use it to make a preliminary determination of intoxication, and to justify an arrest. In other words, police use the PBT as evidence in court that they had a good reason to arrest the person, but they cannot use this test to prove that a driver was driving under the influence. The test that they can use to prove DUI is the so-called “BAC” test at the police station or jail, and that test may NOT be refused. 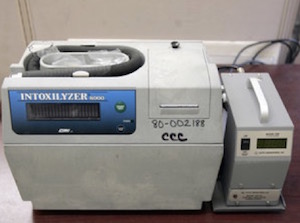 First, it is important to distinguish between the PBT and what we’ll call the BAC tests. The preliminary breath test we spoke about above is a small, hand-held test that officers carry with them and give to people on the side of the road when they suspect a DUI – this is the one that is NOT mandatory. The Blood Alcohol Concentration test (BAC) is usually a larger, more reliable machine such as the one seen in this photo, which is kept at the police station or jail – this is the one that IS mandatory. With that basic understanding out of the way, we can now examine what the law says regarding this mandatory type of DUI test, and when it must be taken.

After a person is arrested for DUI/DWI, they are required by a law called the Implied Consent law (Virginia Code Section 18.2-268.2) to submit to a breathalyzer exam. This law is separate from the Refusal law and it basically says that just by driving a car in Virginia, you automatically agree to take a breathalyzer if arrested, just like you agree to obey the speed limits and so on. However, there are some limitations to this law. First, as we’ve already seen, the Preliminary Breath Test (PBT) by the side of the road is voluntary, so a driver does not have to take it. Second, the Implied Consent law says that a driver only has to take the BAC if arrested within three hours of DUI. This is important wherever an officer does not actually see a person driving a vehicle, since the officer can only require a suspected DUI driver to take a breathalyzer if they were driving in the past three hours. Third, the officer is required to give a breath test. This gets a little complicated, but basically it means that an officer can only give a blood test if a breath test is unavailable (almost never) or if the driver cannot take a breath test because of asthma or coughing or some other reason. Other limitations on the Implied Consent law exist as well, and this is why a person charged with refusal in Virginia should always consult a lawyer who specializes in DUI/DWI law.

While the Implied Consent law says you must take the BAC breathalyzer if arrested for DUI/DWI, the Refusal law found in Virginia Code Section 18.2-268.3 describes what happens if you don’t take it. The first time you are charged with refusal, it is a civil offense just like a speeding ticket, after that it is always a criminal charge. Even though it is not a criminal violation, the penalty for refusal is very severe – the driver loses his or her license for a year. Unlike a DUI, a person who loses their license this way cannot get a restricted license to drive to work or school. In this way, a refusal is actually more severe than a DUI conviction, even though it is not a criminal offense!

As we have already seen, the Virginia laws that relate to refusal are complicated. Numerous defense apply because law enforcement is held to a high standard – the same laws that require drivers to submit to breathalyzer tests also require the police to do certain things to protect a driver’s rights.

First, the refusal law says that a driver stopped for DUI/DWI is prohibited from unreasonably refusing to submit to a breathalyzer exam. Now, it is up to the courts to determine what is “reasonable” and what is not, but first and foremost this means that if a driver is illegally arrested by law enforcement, they are NOT required to take a breathalyzer.

Second, law enforcement officers are required to explain the breathalyzer test and the consequences of a refusal when they arrest someone for DUI/DWI. In other words, they are supposed to EXPLAIN the refusal law and what happens if a driver refuses to take the breathalyzer test.

Third, a driver must actually refuse! This seems like common sense, but what about a situation where a driver says, “Hey officer, I’ll take the test, but not until I speak to my lawyer,” or “I’ll only take the test if you explain how it works,” or “I can’t take the test because I have asthma”? Or what if a person blows into the breathalyzer, but not hard enough for the machine to work effectively? Are these example of refusal? The answers to these questions depend on numerous other factors but may or may not be examples of refusal. These are just a few examples of why having an experienced DUI attorney is important when charged with refusal.