COVID-19 Update: S&R Law is Offering Free Consultations, 24/7, From the Comfort of Your Home
Welcome to
S & R Law Firm
CONTACT US NOW
For A Free Consultation
Member Of:
Home
Areas of Practice
Criminal Defense
Possession of Marijuana 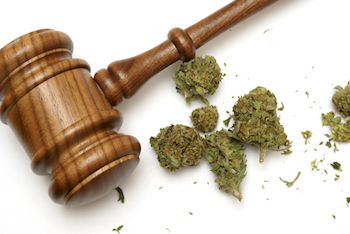 But what if you were charge prior to July 1, 2020? If you were charged prior to the law change then your possession charge is still considered a misdemeanor with the original consequences. The Virginia Supreme Court has held that a person charged is subject to the consequences of the charge at the time they received it.

Prior to July 1, 2020, possession of marijuana up to one-half of an ounce was a misdemeanor and above one-half of an ounce was a felony. If charged with a first offense possession, a person can be sentenced to up to 30 days in jail and $500 dollars. Va Code 18.2-250.1. On a second or further offense, a person can get up to one year in jail and a fine of $2500! Now in reality, most judges will not give you any jail time at all for getting caught with a small joint or bag of weed (at least not the first time), but they WILL take away your driver's license for six months. Va Code 18.2-259.1. You will also have a criminal record from then on that will follow you around for the rest of your life.

Now, each court is handling possession of marijuana charges prior to July 1, 2020, differently so make sure to ask your attorney during your consultation.

While the simple possession amount has increased to one ounce, selling or distributing marijuana at any amount is still a criminal offense. If under one ounce there is a presumption that the marijuana is for personal use. That presumption can be overcome by the officer or prosecutor by showing items like baggies or a scale along with other variables specific to your case. If it is over one ounce, that presumption does not apply.

Prior to July 1, 2020, the law stated that if you are convicted (found guilty) by a court of almost any type of drug possession (including marijuana), you will automatically lose your driver's license for six months – in fact they would physically take it from you right there in court. This is no longer the case. If you are charged with possession of marijuana or a drug offense AFTER July 1, 2020, your license will not be restricted.

If your license is suspended by the judge for a drug offense prior to July 1, 2020, a judge can authorize a restricted license. To get a restricted license you will have to file an application, which usually means handing the filled-out form to the judge on the day of court. Once the application is filled out and approved by the judge, you will usually be able to pick up a temporary version of the license the same day. You will then take that piece of paper to the DMV within a few weeks to get a hard copy of the new license.

The restricted license can be used to drive to work, court, school, healthcare, church, or to take children to any of those things. Va Code 18.2-271.1. However, there are specific rules to follow and you may not drive for any reason other than what the judge approved of. If you drive outside those restrictions, you are breaking the law and if you are caught, you will be back in court facing another serious criminal charge. Va Code 46.2-301. Since judges don't have to give you a restricted license in the first place, they are usually pretty harsh with people who violate the rules. If you are caught driving to the grocery store one day, you'll probably lose the license entirely and may even spend a night or two in jail.