COVID-19 Update: S&R Law is Offering Free Consultations, 24/7, From the Comfort of Your Home
Welcome to
S & R Law Firm
CONTACT US NOW
For A Free Consultation
Member Of:
Home
Areas of Practice
Criminal Defense
Forgery 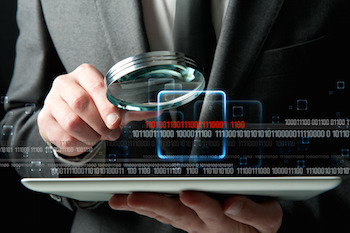 Forgery is simply the creation of a false written document or alteration of a genuine one, with the intent to defraud. A basic example of this is where a person makes a fake bank check or alters a real one, with the intent to cash it at a bank and thereby unlawfully take money from either the bank or another person. There are numerous more complicated examples of how and when a person might be charged with this crime; therefore, several different laws in Virginia address various types of forgery. This article will explain the forgery laws in Virginia and offer both common examples of forgery crimes and also the defenses that might apply in these circumstances.

If you've been charged with forgery, be sure to call S&R Law Firm at 703.273.6431 for a FREE consultation. Benjamin Schaefer, a Fairfax and Prince William County attorney, focuses on these sorts of offenses. Don't be a victim; fight back!

Elements of the Offense

The simple definition of Forgery actually contains several separate elements. Because the law requires the Commonwealth of Virginia to prove a case beyond a reasonable doubt, a prosecutor must individually prove every element of the offense. Following is a breakdown of the elements of the offense and examples of what a prosecutor would have to prove to convict someone of forgery.

To fulfill this requirement in Virginia, a prosecutor must prove that the person accused of forgery took some sort of action in the making or using of a forged document; the specifics depend on the particular type of charge. Examples could include printing a counterfeit bank check, making a fake credit card, altering a will or using a fake driver's license to buy a cheap cell phone on another person's account.

This element of the forgery offense can be very difficult for a prosecutor to prove. For example, imagine a person walks into a bank somewhere in Virginia to cash a check, where it is discovered that the check is fraudulent and the police are called. If the person is charged with forgery in a Virginia court, the prosecutor would have to prove that they knew the check was a fake. Unless the person is caught red-handed actually writing out the check, it's probably just as likely that they were simply given the fake check by someone else in payment.

“Uttering” Defined: the crime of uttering is complicated but basically boils down to using a forged document, as opposed to making it. Often times a person is arrested in the act of using a forged document with no evidence that they actually made it, but since the police and prosecutors often assume that the same person both created and used the forged material, they will frequently charge a person with two separate crimes under the same law.

A false writing is a writing intentionally created or altered in a manner intended to convince the victim of forgery that it is something it is not. In the example of a person who goes into a bank to cash a fake check, the check is a false writing because it was made by someone other than a legitimate bank but was intended to look like it came from a real bank.

Notice how if either element (false or legal document) is missing, there is no forgery! For example, if there is a real check from real bank, but it is just expired or intended for another person, or has a typo in it, it is not false. Likewise, a simple handwritten note (in contrast to a check), even if written by the president of a bank, is probably not a document of legal significance. In either case, one of the essential elements of forgery is missing.

The final major element a prosecutor in Virginia must prove to get a conviction in a forgery case is intent to defraud. It must be proven that whatever actions the defendant took, they were specifically designed to defraud a particular victim or victims. In the above bank check example, if the prosecutor is unable to prove that the individual cashing the check knew it was a fake, it will be impossible to prove that they intended to defraud anyone. Note however, that it is not required that the plan to defraud succeeded, only that the intent was there.

Virginia has several laws that distinguish different types of forgery based on the type of document forged. One of the most notable consequences of this division is the type of punishment that applies to the various forms of forgery.

Forging a public record, possessing any instrument for the purpose of creating a forged seal or stamp of approval from a public office or for making other forged documents, and forging or using a forged bank note or coin are all Class 4 felonies. Penalties for Class 4 felonies in Virginia may include fines of up to $100,000, at least two (and up to ten) years in prison, or both.

The forging or uttering of any type of document not mentioned above is a Class 5 felony, punishable by one to ten years in prison.

If any person forge any writing, other than such as is mentioned in §§ 18.2-168 and 18.2-170, to the prejudice of another's right, or utter, or attempt to employ as true, such forged writing, knowing it to be forged, he shall be guilty of a Class 5 felony. Any person who shall obtain, by any false pretense or token, the signature of another person, to any such writing, with intent to defraud any other person, shall be deemed guilty of the forgery thereof, and shall be subject to like punishment.

If any person forge, or keep or conceal any instrument for the purpose of forging, the seal of the Commonwealth, the seal of a court, or of any public office, or body politic or corporate in this Commonwealth, he shall be guilty of a Class 4 felony.

Any person who (i) commits larceny from the person of another of money or other thing of value of $5 or more, (ii) commits simple larceny not from theperson of another of goods and chattels of the value of $200 or more, or (iii) commits simple larceny not from the person of another of any firearm, regardless of the firearm's value, shall be guilty of grand larceny, punishable by imprisonment in a state correctional facility for not less than one nor more than twenty years or, in the discretion of the jury or court trying the case without a jury, be confined in jail for a period not exceeding twelve months or fined not more than $2,500, either or both.

If any person steal any bank note, check, or other writing or paper of value, whether the same represents money and passes as currency, or otherwise, or any book of accounts, for or concerning money or goods due or to be delivered, he shall be deemed guilty of larceny thereof, and may be charged for such larceny under § 18.2-95 or 18.2-96, and if convicted shall receive the same punishment, according to the value of the thing stolen, prescribed for the punishment of the larceny of goods and chattels. The provisions of this section shall be construed to embrace all bank notes and papers of value representing money and passing as currency, whether the same be the issueof this Commonwealth or any other state, or of the United States, or of any corporation, and shall include all other papers of value, of whatever description. In a prosecution under this section, the money due on or secured by the writing, paper or book, and remaining unsatisfied, or which in any event might be collected thereon, or the value of the property or money affected thereby, shall be deemed to be the value of the article stolen.